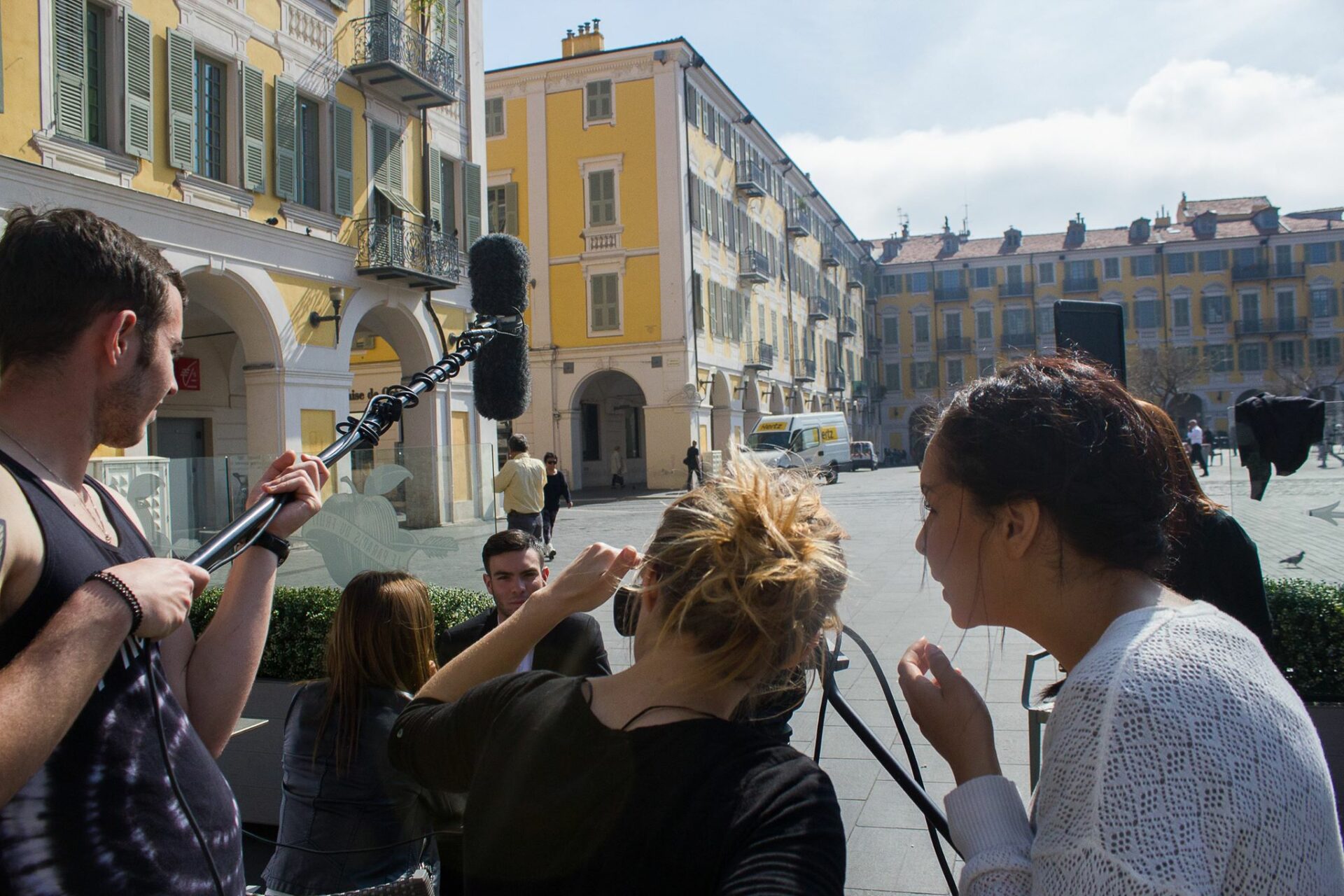 Throughout the year, Heliotrope conducts practical workshops in several schools in the region.
Since 2013, Héliotrope is also a cultural partner of the cinema option of the Lycée du Parc Impérial in Nice.

Approved by the Ministry of National Education and by the Directorate of Youth and Sports, the Heliotrope association conducts image education workshops for children from kindergarten to high school des Alpes Maritimes. Distant and/or vulnerable audiences also take part in the projects, in a cinema approach accessible everywhere and for everyone..

Héliotrope supports and provides information to project leaders. The workshops are adapted to the chosen themes.

The workshop allows participants to discover the notions of writing, filming and editing a short film as well as the variety of genres that compose it: fiction, documentary, experimental or animation. These sessions take place in three main stages : thinking and writing the script, shooting it and finally editing it. Each film is shown to the cinema at the end of the school year.

Synopsis, treatment, dialogues, exhibition, meaning : this workshop deals with cinematic narrative construction and gives the foundation for writing a script for a short film

In this workshop, the goal is to develop a program of short films around a central theme. Students take on the responsibility of a programmer, assume personal choices and biases and, finally, promote and broadcast their programming to a cinema audience.

A fun and interactive tool, the Mashup table allows a new approach to editing. Candidates juggle with cards from the films containing images, sounds and tools that are activated when they are placed on the table.

This workshop is proposed for all public from 5 years. It can be proposed on a short initiation time or combined with projects of realization workshops or analysis.

Introduction to pre-cinema through 3 workshops:

This workshop is proposed for all audiences.
The three workshops can be carried out in a class simultaneously or in separate times.

Image education activities are offered throughout the school year in several schools in the region. We accompany and inform the teachers project leaders, and this is made possible every year thanks to the support of the DRAC, the Regional Council, the Departmental Council, the City of Nice, the DAAC and the own funding committed by the institutions.

For all enquiries regarding the school workshops, please contact us at: atelier@nicefilmfestival.com